Halfway through the book, that sentence stood out on the page like neon. It resonated as pure, simple truth for me. Thank you Sarah Addison Allen for the gift of your book, Garden Spells. I needed to be reminded. I always have the first part because I don’t know how to be anyone but me. When I’m under attack for being different, I sometimes become defensive and forget to like myself.

Not so Evanelle, a character in the book who has an unusual skill. The townspeople have grown to trust her skill but they don’t want to get too close to her for fear that her weirdness is contagious. She gives people things before they know they need them.

“Is that his name? He looked like he needed some lawn bags. Lucky I had some on me.”

She was only human, though…

“After thirty-eight years of marriage…she was seized with the need to buy her husband a new suit. It turned out he didn’t have a decent one to be buried in when he died the following week…Sometimes at night when her house felt particularly empty, she still wondered what would have happened if she hadn’t bought her husband that suit.”

All the Waverleys were unusual:
“Claire had added flowers to the garden to give her something to do at night when she was so wound up that frustration singed the edge of her nightgown and she set tiny fires with her fingertips.”

“…she tasted regret in her mouth. With a frown, she spit it out.”

Isn’t that idea simple? And so practical. The next time I feel regret, I’m trying it. Love for the Waverleys or their beloveds was not so simple, though. First meetings were dramatic:

“She felt like she had water against her back, pushing her towards the deep end as she walked toward him and extended the lighter. She stopped a few feet away, trying to keep as much distance as possible, digging her heels in as whatever force it was tried to take her closer.”

“You don’t talk much, do you? Or have I done something to offend the neighborhood already? Was I out in my yard in my underwear at any point?”

Time only made things more intense:

“She sometimes thought she was going crazy. Her first thought when she woke up was always how to get him out of her thoughts. And she would keep watch hoping to see him next door, while plotting ways to never have to see him again. It made no sense.”

“When you tell a secret to someone, embarrassing or not it forms a connection. That person means something to you simply by virtue of what he knows.”

The Waverley house communicated with them:
“Without another thought she took two steps over to him and kissed him. The force of her body sent him falling back against the refrigerator. She went with him, not losing contact, and colorful paper napkins Claire had stored on the top of the refrigerator fell over the edge and fluttered down around them like confetti, as if the house was saying Hooray!”

And their garden gave them warnings:
“The garden was saying that something was trying to get in, something that was pretty and looked harmless but would take over everything if given the chance.”

Allen has one of those voices that brings me to an altered state of awareness. It’s like something in me shivers. My ears perk up and my body tenses and all of me says - listen - something beautiful is about to be said. Something genuine is about to happen. Don’t miss it.

And how could I not love a book when in the end there’s a brooch?

“She pinched her lips together as she unhooked the brooch from her shirt…She lifted the starburst rhinestone pin above her head breathlessly…She moved the pin back and forth until suddenly like a Christmas cracker, the light broke through and multi-colored sparkles rained down on her face…” 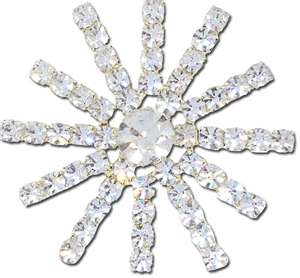 Sarah Addison Allen has written Garden Spells, The Girl Who Chased The Moon and The Sugar Queen. Her newest book came out in March of this year and is titled: The Peace Keeper.