I couldn't help myself

Those of you who read the bettyverse may have recently read a guest blogpost I wrote about participating in pirate radio. I speak of the nineties when I lived in Albuquerque, New Mexico and spent a great deal of my time as a direct activist, trying to rid the world of injustice.
The anger I felt from all the information about injustice coming towards me, nearly did me in. I came to the conclusion that the best thing I could do for the world, and myself, was to live the change I wanted to see in the world.
So I left Albuquerque and moved on to my next incarnation in this lifetime.

I still like to be informed. Especially by snarky, intelligent women like Betty Fokker. I usually leave the ranting to people like her. She's better qualified than I am to back up my rant.

You know what's coming, right? A rant. I can't resist but I'll try to make it a little one.

I live with my mother. Long story short, I moved here to help her take care of my dad so he could spend his final years at home. He died. I still live with her. For two reasons - one, she's in her 70's and she's never lived alone, ever. Nor does she want to. And - two, my grandkids are here within ten miles and it would require a team of Clydesdales to drag me away from them.

Anywho - she likes to drive me crazy with the television. Case in point, I was trying to eat my breakfast before going to my sucky job and she has on Good Morning America. I swear she turns this shit on to make me nuts and she herself never pays attention to it.

First we have the marriage expert. She tells us that 50 % of women aren't getting married these days. You know why? Because we have achieved, wait for it, get this...GENDER ECONOMIC EQUALITY... and women don't have to get married anymore. In fact, a lot of women are apparently having difficulty finding a man who makes as much or more money than they do to get married to.

Do you know any of these women? Because I don't.

Then comes on a male person of color who has written a book about how racism isn't significantly holding anyone back in this country anymore.

Does he know that I live in a place where I'm afraid to put Obama's campaign sticker in my yard or on my car? I don't fear for myself but my 70 year old mom and my grandkids would also be targets. And my car runs, dammit. Does he see the car in the lot at work that has a sticker on the back that insinuates that Pelosi wants to eradicate grandma and the faux license plate in front with a rebel flag? Does he know that a lot of tea partiers are racists in not so clever disguises?

Add to that the fact that these programs cater to the billion dollar weight loss industry and know nothing of body acceptance.

I could go on and on but instead I'll get to the heart of what really bothers me. There are people watching this bullshit and accepting it without question. What kind of denial do you have to live in to think women are earning equally with men in the workplace? What do you have to turn away from to believe racism is no longer an issue?

How deaf, dumb and blind do you have to be to keep from picking up the damn tv and hurling it out the window?

I'm sure that's what I'd do if I had to watch any one of these shows very often.

Rant over. Somebody tell me a good joke!
Posted by Judy,Judy,Judy. at 12:22 AM 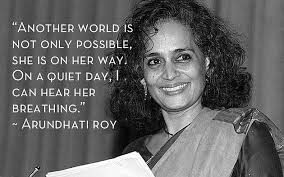