Loud and NOT clear

It's raining. That's right, again. Or should I really say still. I mean it did stop and the sun came out for almost a whole day but in the grand scheme of things lately, that wasn't much of a break.

This is significant because yesterday when it wasn't raining, and, in fact the sun was shining, I woke up early. Well, early for me. Earlier than I absolutely had to and that is, I won't say unheard of but definitely rare.

And I decided to take a trek. The pool is just not working out for me anymore and better to face facts. I drove to a small park close to my work and trekked for a bit in the sunshine with my ipod. Then I went to work.

I thought to do the same thing today but...it's raining. Although I won't melt I don't relish changing clothes or being wet at work, so, maybe tonight. I hope. I really can't commit to this trekking thing yet, though. We'll see.

I just realized I've had 5 owl spottings in the past couple of weeks. Yesterday there was one on the side of the road, down on the ground, about to do the owl-takes-mouse thing. Today there was this: 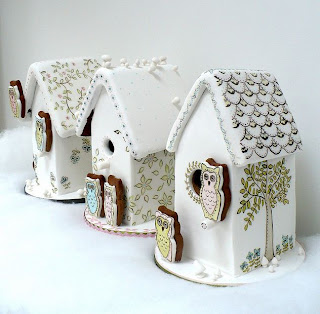 I came upon it by clicking cake wrecks on Julie's blog. It was made by Nevie Pie Cakes.  I know owls are very significant and I'm trying to give myself some message. I'll have to do some research. Later. Or maybe I can sneak it in on break at my sucky job.

And, of course, the damn dimes are just as persistent as the rain.


How do you message yourself? What's speaking to you lately?﻿