I know I said that I would do a bootcamp wrapup today, but I'm going to put that off until Friday. For once, it's not procrastination motivating me. Rather it's the fact that the bootcamp directors haven't done their wrapup yet. They are still waiting for numbers and tallying. I myself just turned in my last numbers a few minutes ago.

Also, I wanted time to digest the experience as a whole. It was useful, educational and fun for me and I want to offer up some of that experience to you.

And on Friday I will have my first report on Chocolate bootcamp which starts today! 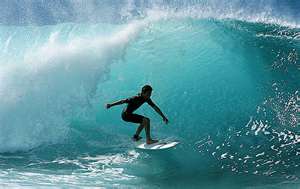 "The Maui surfer girls love one another's hair...Not long ago I was on the beach in Maui watching the surfer girls surf, and when they came out of the water they sat in a row facing the ocean, and each girl took the hair of the girl in front of her and combed it with her fingers and crisscrossed it into braids." from The Bullfighter Checks Her Makeup by Susan Orlean


"Joyce Hoffman became one of the first female surf aces, and she was followed by Rell Sunn and Jericho Poppler in the seventies and Frieda Zamba in the eighties and Lisa Andersen in this decade, and thousands of girls and women followed by example.In fact, the surfer girls of this generation have never known a time in their lives when some woman champion wasn't ripping surf." The Bullfighter Checks Her Makeup by Susan Orlean


Is that not awesome? And, for me, it's what's great about Orlean's writing. She created the niche in which she writes about what interests her. I love it when people do that.


It's perfectly wonderful to decide to be a bank teller or something like that and pursue that if it makes you happy. I totally understand that.


But what if it doesn't? Should you just be unhappy? Not when all happiness requires of you is that you drum up the courage to do what fascinates you or engages your passion whether you do it for love or livelihood. And when you can do what you love for a livelihood - SNAP!

Isn't it symmetrical that what she writes about are people forging their own paths? 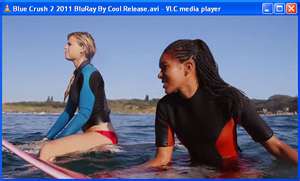 "I realized then that a surfer is always in one of two conditions: wet or about to be wet." The Bullfighter Checks Her Makeup by Susan Orlean


If you ever get the opportunity to spend some quality time where people surf, either join them or observe them for a while. I loved watching them when I lived in SoCal.


"It must be hard to imagine an ordinary future and something other than a lunar calendar to consider if you've grown up in a small town in , surfing all day and night,spending half your time on sand thinking in terms of point breaks and barrels and roundhouse cutbacks." The Bullfighter Checks Her Makeup by Susan Orlean


I always wondered - how does surfing change the basic nature of how a person approaches life? It almost has to change you. All that time out in the sunshine bobbing on the water. I suspect it makes your thinking more fluid, more mellow. Ebb and flow - roll with the waves or whatever life sends your way.


"Or maybe they don't think about it at all. Maybe these girls are still young enough and in love enough with their lives that they have no special foreboding about their futures, no uneasy presentiment that the kind of life they are leading now might eventually have to end." The Bullfighter Checks Her Makeup by Susan Orlean


"Theresa said...eventually she wanted to become an ambulance driver, and I could picture her doing it, riding on dry land the same waves of adrenaline that she rides now." The Bullfighter Checks Her Makeup by Susan Orlean


Indomitable Sense of Myself

During the five years I lived in SoCal I used to love to go to the ocean and in the ocean. I considered it free therapy. So why didn't I ever try surfing?


"Sometimes watching them I couldn't believe that they could head out so offhandedly into the ocean--this ocean, which had rolls of white water coming in, as fast as you could count them, and had a razor-blade reef hidden just below the surface and was full of sharks." The Bullfighter Checks Her Makeup by Susan Orlean


The girls couldn't believe Orlean had never surfed. They asked her why not and she answered in much the same way that I would - that she grew up where there was no surf - her in , me in . 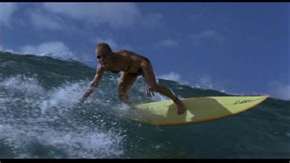 "but that didn't satisfy them; what I didn't say was that I'm not sure that at fifteen I had the abandon or the indomitable sense of myself that you seem to need in order to look at this wild water and think, I will glide on top of those waves." The Bullfighter Checks Her Makeup by Susan Orlean


"the abandon", "the indomitable sense of myself" this is why - this is the reason that I so enjoy reading MS Susan Orlean.


I love that abandon - that indomitable sense of myself. I have it now. I didn't have it at fifteen or even at twenty-five, although it was a seed at that time. I have it now and though I paid a price for it, I'm happy I have it.


Maui Surf Girls is only 14 pages in the book and yet it inspired a screen play that was made into a movie - Blue Crush. I confess to watching Blue Crush several times.


They didn't try to follow the book. They made up a plot that formed a structure to wrap the spirit of the surfer girls around. It portrays them with authenticity.


And it does something else profoundly Orlean - there is a brief scene toward the end of the movie that captures the core motivation of every person with a passion - be they surfer, football player, writer, dancer, lyricist, singer, orchid collector, etc.; a moment. That perfect moment. For a football player it's the perfect pass; a surfer, the perfect ride; a writer the perfect sentence.


A moment of beauty that makes life worth living.


BTW if you haven't seen it, Blue Crush is worth watching for the cinematography alone. The crush and the pipes are breathtaking.


"When I left that afternoon, my plane circled over Ho'okipa, and I wanted to believe that I could still see them down there and always would see them down there, snapping back and forth across the waves." The Bullfighter Checks Her Makeup by Susan Orlean 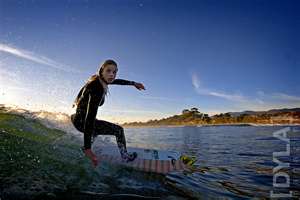