Cyber issues and a morality question

I'm having some bizarre computer issues both hardware and software so I don't know how interactive I'll be until they are resolved.

Now for the morality question - where do you stand on legislating morality? Right or wrong? Effective or ineffective?

Currently I live in a dry county. For those of you who don't know, that means you can't sell booze of any kind here. The dryness of the county is about to be put to a vote.

Financial issues aside - and there are some - mostly in favor of making the county wet despite the misinformation all the numerous churches* want to spread - I want to talk about the morality issues.

Keeping this discussion limited to consenting adults only - I do NOT believe it is either moral or effective to legislate morality when there is no victim involved. What gives anyone the right to refuse me that option? 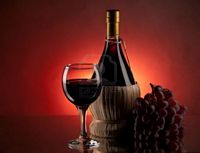 If you are going to remove alcohol so that people can not drink and drive or drink to access; then you also need to remove guns and knives and anything that one person could use to murder or harm themselves or someone else.

The same should apply for alcohol. The consequences of excessive drinking or drunk driving need to be dealt with after the fact, not before.

I can already hear people screaming; "if that's true of alcohol, what about heroin; prostitution?" I'm sorry but if those things involve consenting adults and there is no force involved, the same reasoning is true.

"But what if my child gets a hold of heroin? Becomes a prostitute? Drinks to excess?"

I think it comes down to this - do you want to live in a world where adults can not do anything that is not safe for children? I don't.

Who are you to do that?

*I could not find an accurate number of churches in Marshall County because on every list I read, I knew of churches not listed. I would estimate there are 100+ churches in a county that is 305 square miles. That's over 100 businesses that don't have to pay taxes. That, IMHO, is morally wrong in a county where destitute poverty is the rule for children, not the exception.

(All pics were taken from bing images and made into thumbnails for legal purposes.)
Posted by Judy,Judy,Judy. at 4:38 PM