A while back I was putting together elements of my wip which as most readers know is a modern gothic romance novel as yet without even a working title.

I knew I wanted ghosts. 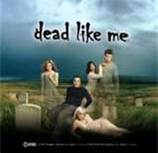 (Okay so these guys are not technically ghosts. They're grim reapers. Still it was good fiction even if it was on television.)

I also wanted something more in the supernatural elements department.

I remembered that back in April, Judie Quayle had done a blog challenge that had her listing mystical, mythical creatures every day. So I went back and found this one.

They are geancanachs. Judie Quayle said;

"The Geancanach (Gan-cahn-ock) is pixie-like in appearance, with huge eyes that curve upward on the ends and large pointed ears. They are always depicted as being very small, no more than a few inches in height, and having playful, if somewhat mischievous, smiles. They have small wings which do not seem functional, and they appear to move from place to place by dematerializing and reappearing quite rapidly. They may be mistaken for flickering lights or lightning bugs."

Mystical Myth says:
"They are considered the guardian of the home and hearth, are harmless, and crave the warmth of the fireplace."

I went to bing images - here - and found Goldie. Then I made her into a thumbnail so I could share her with you.

Mimi bought a lockbox for the journals but Goldie kept banging herself against it, like a bird banging a window, so Mimi bought a different one with holes at the top so tiny Goldie can fly in and out.

Serendipitously, since Goldie was born, I've run into several references to the 'land of fae'.

I bought 2 used books and they just came in the mail. I didn't read about them before I bought them. I was just purchasing a couple of Mary Alice Kruesi books that aren't in the library. (She also writes as Mary Alice Monroe - I reviewed her wonderful book, The Butterfly's Daughter here. And her also delightful books, Skyward and The Book Club, here.﻿)

I started reading one of them; One Summer's Night. 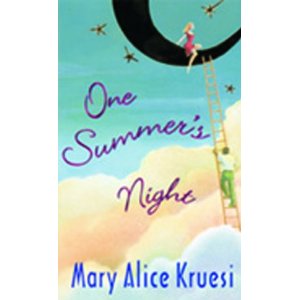 Guess what it's about? "When looking at an enchanting fairy painting by Maybelle Starr, Laurel could almost believe fairies existed." from One Summer's Night by Mary Alice Kruesi

I'm only 35 pages in. I'm sure to finish it, though, as on Tuesday I have JURY DUTY. Lots of waiting.

I'll update this when I finish the book to let you know if it is as good to the end as it is so far.

UPDATE: This woman knows how to create an enchanting world. It's lovely. And the story is compelling and sweet. Put it on the shelf and pull it out when you want to escape into a sweet, different world and fall in love.