Today I have been successfully thwarted. I have experienced instances of synchronicity. I have written a poem for the first time in a couple of years.


<> <> <>
I think I've mentioned on here before that I have decided to write another modern gothic romance novel. I am frustrated and don't have the patience to go back and check at the moment so if I haven't mentioned it, I'm sorry - but now you know.

From this point on in order to not make everyone, including myself, crazy, I'm going to refer to the genre as 'mgrn'.


<> <> <>
I started off the day eager to write the main characters backstory. I was musing to myself that unlike other genres, backstory usually becomes an important part of the story with mgrn. Mainly because there are often familial ghosts.

I was poised to write the backstory and I realized, I need a family tree for both the heroine and her love interest. So I backed away from the writing to find a free family tree template that would work. I found it.

Then, of course, the printer thwarted me.

Half an hour later the printer worked. Then I couldn't fill in the blanks because I don't have everyone's name figured out.

I worked on the names for a bit then I decided, screw this. I know the first name of the heroine, Mimi. That's enough to start.

Edited later to add: One synchronous moment came when I was on the way to work. I decided to listen to the radio and be very alert for any possible names. Mimi's middle name needs to be similar to Cruz. A Counting Crows song came on. I thought - Mimi Crows Berkhorn. Literally seconds later I spotted a crow on the side of the road. Then two more. Three crows. Mimi has a middle name. 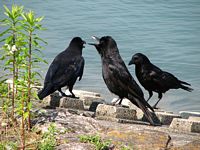 For some reason I decided a picture of my placeholder was essential at this point. I had decided to use the singer Jewel. So I went into bing pics. More minutes later I had to admit, Jewel was not the look I wanted after all. Dammit.

By this time, it's time for a writers sprint with my willwriteforchocolate group and I'm not ready to write.

As I'm stewing about that, a friend called. This dear friend is really being thwarted from all different directions in her life. And I feel for her. Bless her heart. I witness her frustration and I wish I could help her but, at least I can listen. I love you, BZ.

Soon I've fooled the day away and it's time to go to work but I'm not unhappy because I know, Thursdays are never busy and I'll be able to write at work. I wasn't counting on Sod's Law. Do you know Sod's Law? "bad fortune will be tailored to the individual" That's according to wikipedia.

Here at work the phones have been mostly busy until just now. Thwarting me.


<> <> <>
I did manage to get a couple of things done. I know the heroine is a poet. Her deceased parents were sought after poets in free-form style. She tried to rebel by refusing to write. That didn't work. So she switched her rebellion to writing prose. That didn't work. She began to rebel by writing structured poetry. Now she's an adult and not rebelling but the structured poetry is a part of her.

I found an oh-so-cool form of poetry, cinquain, and in an instance of synchronicity, I had already planned a character with the same name, Adelaide, as the founder of the poetry, Adelaide Crapsey.

The heroine will not write dreamy sweet poetry. She will write raw, sometimes brutal, truthful, sometimes clever or even diabolical poetry.

What do you think?

There's one more majorly thwarting thing but I'll leave that for another time.

In other more happy news - if you like erotica check out Making Mina by Tacie Graves. As Betty Fokker put it, it will preheat your oven nicely. More synchronicity involved here. I encountered it on Fokker's blog and then I discovered it's written by someone in willwriteforchocolate!

(All pics were taken from bing images and made into thumbnails for legal purposes.)﻿
Posted by Judy,Judy,Judy. at 12:54 AM