I'm late getting this up because I'm a lame-o, late-o this week.

I've been procrastinating on this post because something is happening and I want a good pic to post. Instead of waiting any longer, I'm going to tell you about it and edit in a pic when it's available. 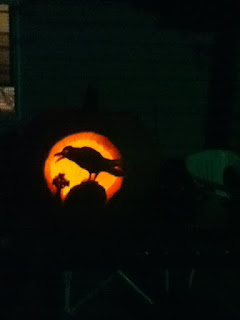 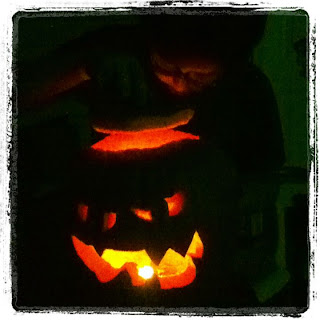 My future son-in-law is starting a new post Halloween tradition with my gkids (his future niece and nephew; do you follow me?).

Guts didn't go everywhere but there was a loud explosion, lots of smoke, black lava-like stuff pouring out and a visit from homeland security (just kidding). Here's the video:

THE EXPLODING OF THE PUMPKINS / JACK O' LANTERNS. Should be fun for all and make a pretty, messy, orange-y picture.  UPDATE: not much guts but lots of smoke  and noise. 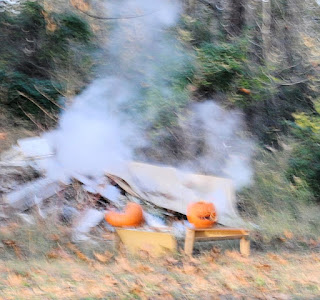 I'm lame-o, late-o because I need to figure out who won the chocolate in October and post it. I'm going to do that next and edit that info in later, too. 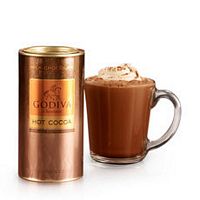 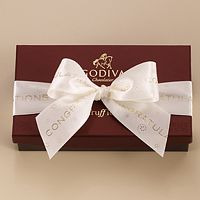 The comment prize is suspended for November in favor of a prize better suited to be helpful for our nanowrimo-ers. Check it out.﻿

On the pat-me-on-the-back side, I wrote some on my wip yesterday. So day one of November I put up a word count. Even though I'm not nanowrimo-ing this year, my goal is to write some everyday.

Whether you are participating in nanowrimo or just writing on a current work in progress, check out the special November willwriteforchocolate. I think it will prove to be fun and motivating. Join us if you are a writer.

Since we will be having exploding pumpkins, I'm going to leave you with my favorite Smashing Pumpkins song:

Okay I'm heading off to hopefully be less lame and less late.

What are you up to this weekend?
Posted by Judy,Judy,Judy. at 2:50 PM