Some of you know that in the early hours of Black Friday in 2012 my nephew was killed. He was walking home from a bar. He walked everywhere within a 5 mile radius of his home. He was a talented, dedicated personal trainer.

He was struck by a car driven by a drunk driver as he was crossing an intersection. According to police it looked as if the driver never even slowed down or hit his breaks until he pulled over 2 1/2 blocks from the scene.

He was 26 years old. He had faults, of course, but he was sweet and he was becoming a truly good man. 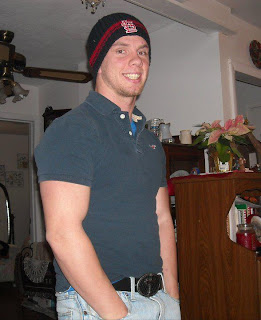 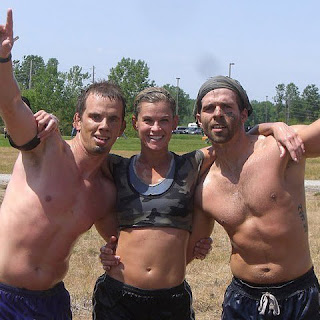 He's on the left here. This was taken the weekend before he died. The man on the right was his boss who owned the gym where he worked. He was a very good friend to Brandon. In the picture, they have just finished getting a certificate to train people to do extreme mudder competitions. 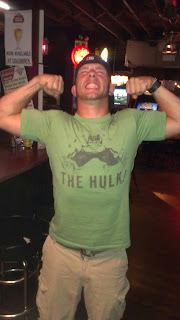 This is one of my favorite pictures oh him.

Because of the laws in Missouri where he was killed, the man who killed him is only being charged with a DUI. It is his third DUI so he will do some time. Maybe 6 months.

No vehicular manslaughter or anything to indicate he took my nephew's live.

The judge asked everyone to call the man who is investigating and weighing in on what the man's sentence will be so he could take statements about the impact of Brandon's death on our lives.

We called. And got a snotty lady who put us through to voicemail.

Then we were told the man was not going to call back and take statements. Instead we should send emails to him. We were also to send emails to the prosecuting attorney so he would know the man had gotten emails.

Now we are told the man wants us to mail him letters with our statements.

He is, for some reason, making it very difficult for people to be heard about justice being served and the man who killed Brandon doing as much time as possible.

Meanwhile, my brother, my sister-in-law and my two nephews, Brandon's brothers, grieve his loss with no sign of any justice in sight.